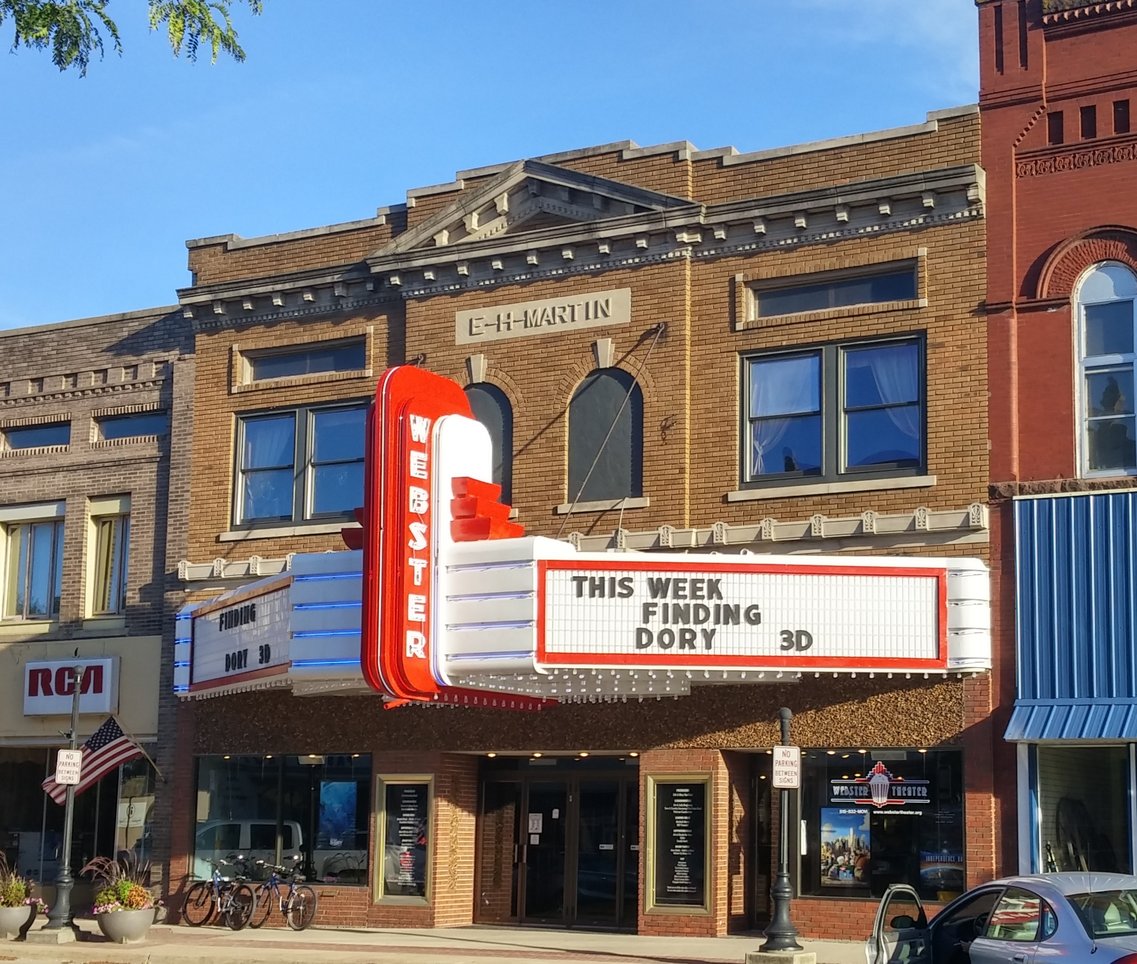 More shootings. More hate. More anger and destruction and fear. It’s overwhelming. Even walking out the door feels dangerous. The violence is happening anywhere, everywhere. No place is safe, not school, not movie theaters, not nightclubs, not airplanes, not the street. It’s escalating and it’s terrifying, and for those of us, the incredible vast almost-everyone majority of us, who do not perpetrate that violence it’s easy to feel helpless. “What can I do? I’m just one person?”

Maybe I, you, can do something, and our “we” will fix the world.

I’m in Webster City for a FAM, or Familiarization Trip, with a few other writers to learn about this town in North Central Iowa. One of the attractions with which we’re now more familiar is the Webster Theater. The theater was built in 1909 and changed owners a few times before closing due to bankruptcy in 2013. This piece of history in Webster City’s downtown was almost lost. But then something amazing happened. People began calling the Chamber of Commerce. “We have to do something. We have to save our theater.” Daily, they called. A 501c3 was formed and people began donating. Nothing huge – $1 here, $5 there. Even the biggest contributions were fairly small. There were no giant bequests, just some $5,000 to $10,000 donations. In the end they raised $250,000 and the theater was saved.

The theater was saved. By individuals who gave what they could to help save a piece of their community.

I believe we can do that with kindness. Each and every one of us. Hold doors open. Put that can of tomatoes that’s rolling in the aisle of the grocery store back on the shelf so the next person doesn’t trip on it. When the guy in the lane next to you puts on his turn signal and it’s bumper-to-bumper traffic, let him in. Let the person with three items go in front of you. When you call tech support and you’ve been on hold for twenty minutes and someone who speaks a different language finally answers the phone but you can’t understand them, be polite. Remember that she’s just doing a job, that he has feelings, too. When you see a veteran or a firefighter or a police officer, say thank you. When you get your receipt from the cashier, say thank you. When you ask for a refill on your iced tea, say please.

Be patient. Be kind. See the good. BE the good. It’s not fast and it’s not fancy, but by showing kindness we’re not showing anger, and kindness puts much more back into the world than anger takes out.