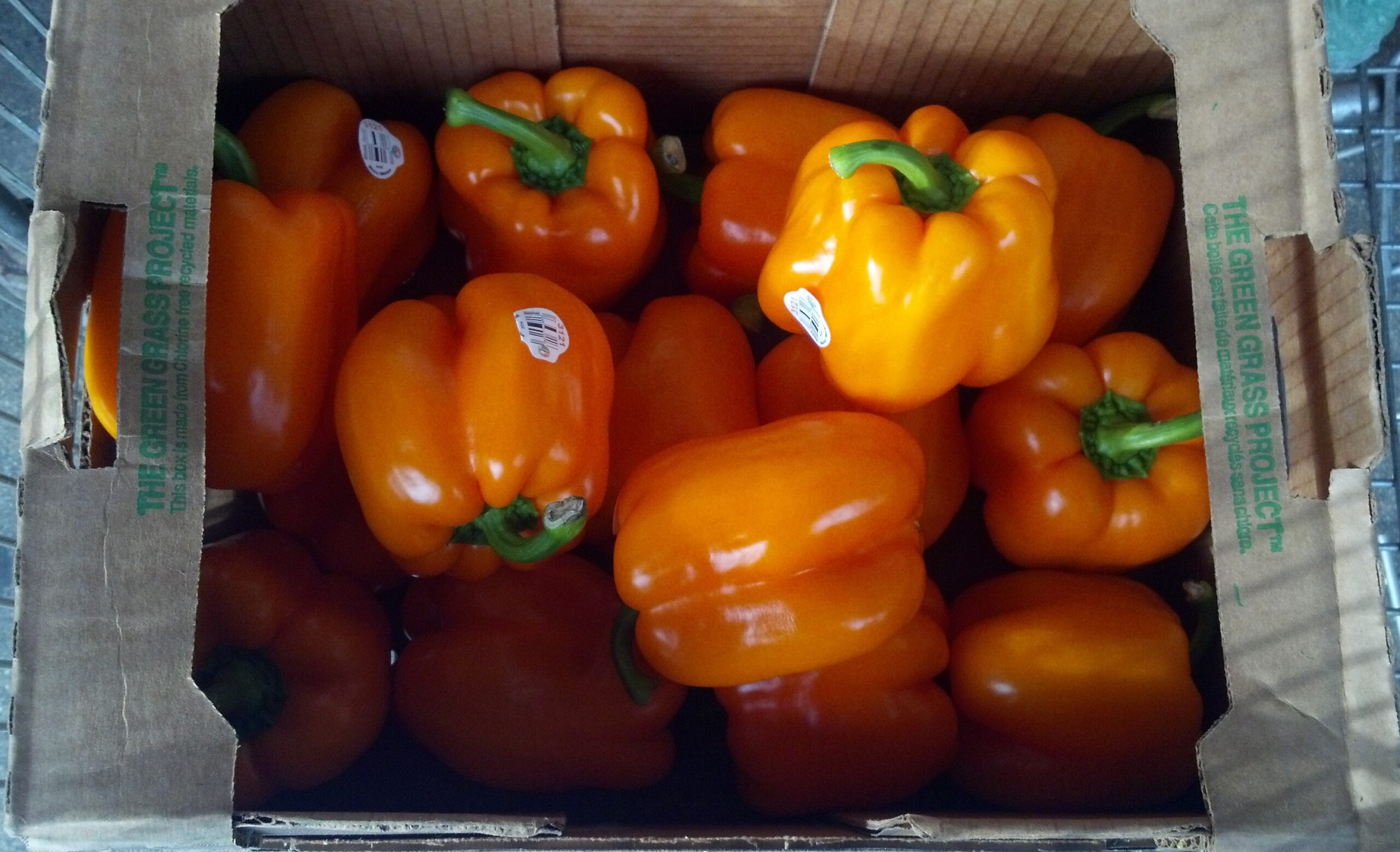 Here in Chicago we have a produce store called Stanley’s. I don’t know who Stanley is and I don’t know where he gets his fruits and vegetables, but it’s a rare visit that I spend more than $11 or $12 for a week’s worth of produce. I’m not just talking onions and potatoes. I stock up on artisan lettuce, raspberries and blackberries and strawberries, mangoes, avocados, heirloom tomatoes, crimini mushrooms, etc etc etc. Then I plan my meals around what’s on sale.

Just before Thanksgiving I stopped in to get his annual 4 pounds of yams for $1, and as I was heading towards the entrance I saw all these cartons of beautiful orange peppers. Then I heard the gentleman who was stacking them say that each carton was $1. ONE DOLLAR. You better believe I grabbed one!

Beautiful, eh? But now what? Two people can only eat so many peppers before these would start to go bad (and Stanley’s is notorious for the lack-of-longevity of its produce). I asked mom if she needed any, but she’d just picked up her own stash.

There’s only one thing to do when you have that many peppers. Roast ’em. Roasting peppers is so easy I’ll never buy another jar. Bonus: your kitchen smells awesome the whole day.

How To Oven Roast Peppers

I put some in the refrigerator and froze the rest. Now, what to do with all of those roasted peppers…

1 thought on “Pick A Peck Of Roasted Peppers”